After LeVar Burton’s Reading Rainbow Kickstarter campaign exploded, millennials rejoiced over the resurrection of the educational program they loved. Some speculated about other educational shows of the 90s that should be given another chance.

The NPR blog suggested four shows worthy of a resurgence…

NPR really missed the mark on this one. There is one 90s show that was educational, hilarious, innovative and stars everyone’s favorite bow-tie aficionado… Bill Nye the Science Guy.

I still get excited when I hear the theme song.

Some of the subjects Nye covered taught kids lessons they could greatly benefit from for life, like this episode on Pseudoscience. As an adult, you probably know at least one other adult who believes or dabbles in some form of pseudoscience. And if you were an adult who grew up watching Bill Nye, you know it’s bullshit.

Then there were the song parodies. Like this gem from the pilot– Air Pressure from Nyevana. Pure genius.

Even 16 years after the show ended, Nye routinely battles deniers of climate change and evolution. He sticks to his guns. He won’t back down. He doesn’t compromise the facts. In this video, he explains the objective of the show– “Change the world.”

Now is the time. Science is cool again. Breaking Bad, the highest rated show of all time, is just as much about crime, power and money as it is about science. Cosmos has been reborn from the early 80s documentary TV series of the same name by Carl Sagen. Dozens of articles titled, “Things 90s Kids Remember” pop up on Buzzfeed every day. People love feeling nostalgic. They love seeing things reborn. 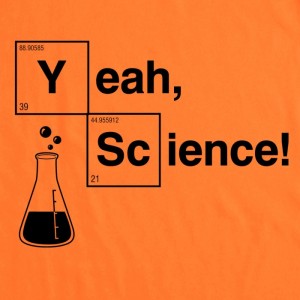 Many people who grew up loving watching Bill Nye the Science Guy now have kids. Just like watching Sesame Street, it’s fun to relive the same memories we had when we were kids. I’m sure many of the pledged supporters of Reading Rainbow grew up watching the series when they were young and understand its value.

If we can bring back acid-washed jeans, why can’t we bring back Bill Nye the Science Guy?