The shocking victory of Donald Trump detonated a storm that illuminated the despair, anger and fear in our woefully divided nation. Many supporters of Trump have found themselves dumbfounded by this response, particularly to the widespread protests, and dismissed the response as sheer disappointment in the Democratic Party’s defeat.

Much like this election has been unlike any other; Trump’s victory is also unprecedented in many ways. The heart of the resistance against Trump is nonpartisan. His most dangerous ideas and despicable behavior are not a byproduct of his party affiliation.

The rampant racism, bigotry and hate he embraced and encouraged throughout his campaign are not Republican values. This was keenly apparent as he was condemned by many prominent Republicans and failed to obtain the endorsement of a single former president. The Republicans that courageously denounced Trump may find themselves pariahs in their own party, but I believe history will one day cast light on their audacity.

I’ve personally been disappointed in previous election results. It’s disheartening when a newly elected president doesn’t share your opinions regarding healthcare, foreign policy or a host of other issues. But it’s not simply a difference of opinion when Trump erroneously generalizes an entire group of immigrants as rapists and criminals, for example. Citizens are not merely disappointed by Trump’s victory. For many, the victory is a surreal nightmare terrified Americans are praying to wake from.

Trump has not historically been loyal to the Republican Party as he’s changed both personally changed parties and financially contributed to both Democratic and Republican candidates in the past. He’s also faltered on issues many Republicans value—such as abortion, marriage equality and healthcare reform to name a few. Trump’s positions are so inconsistent, for all we know he may adopt a more progressive platform. If he declared himself a Democrat, that would not make his malevolence less alarming. 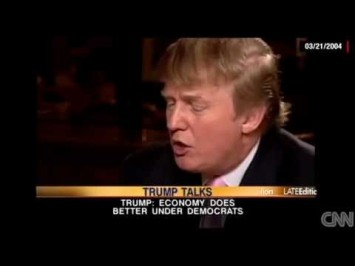 His utter lack of experience is unmatched as he’s the first president elected to have never held elected office or served in the military. Although he has frequently boasted about his extensive business experience, his reputation as a businessman has been plagued with scandal, failures, bankruptcy and allegations of wrongdoing.  Placing someone so inexperienced with such inconsistent positions in such a powerful position is a risk. Much like it was difficult to predict the outcome of the election, the likelihood of success in a Trump presidency is as erratic as his behavior.

Trump was not the first presidential candidate to receive an endorsement from a member of a hate group. President Reagan received an endorsement from the KKK and emphatically repudiated, saying he had no tolerance for what the KKK represented. President Obama received support from controversial Nation of Islam leader Louis Farrakhan, which he swiftly denounced. When Trump was asked to publicly denounce the endorsement of former KKK leader David Duke, he did not. Instead he instigated unrest at his rallies, embraced the “alt-right” and tolerated the acts of hate committed across the country in his name.

While our nation is deeply divided and distressed, the world is watching. Trump has been viewed as a buffoon to many during the campaign and now he’s been elected as our nation’s representative. It’s demoralizing to be represented by someone whose foreign policy is to “bomb the hell outta them”, promotes Islamophobia and is rarely successful in having a conversation without saying something utterly offensive. 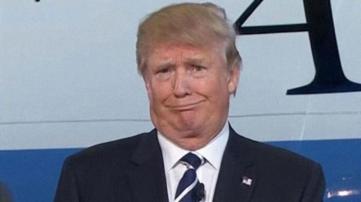 Hillary Clinton cautioned voters that “a man you can bait with a tweet is not a man you can trust with nuclear weapons.” During the tumultuous transition thus far, he appears to be more focused on condemning a Broadway cast for exercising their first amendment rights than selecting his cabinet and preparing for the presidency. Amid concerns that he’s inept, a huge fraud settlement and questionable appointments to his administration, he’s spending his valuable time having Tweet wars when he should be reassuring the American people.

President Obama encouraged us to give Trump a chance, which I plan to do. I sincerely hope he does not follow through on his absurd and horrific campaign promises. I hope he’s a good president. After all, his failure would be to our peril.

Inspired by President Obama, who fulfilled his ultimate campaign promise and revived hope in many, I will remain hopeful of our future. But I will also be vigilant and vow to hold Trump accountable, while demanding the same of our congressional representatives. Dissent is a fundamentally patriotic act. I intend to exercise my constitutional right to stand against Trump when and if he sanctions something that conflicts with the values that truly make America great.

One thought on “The Opposition to Donald Trump is About More Than Politics.”

My Tweets
Looking forward to attending a book club discussion of Raising the Resistance tonight! If your book club is interested in reading my book, send me a message and I'd be happy to attend a virtual discussion!
Loading Comments...
Comment
×
<span>%d</span> bloggers like this: